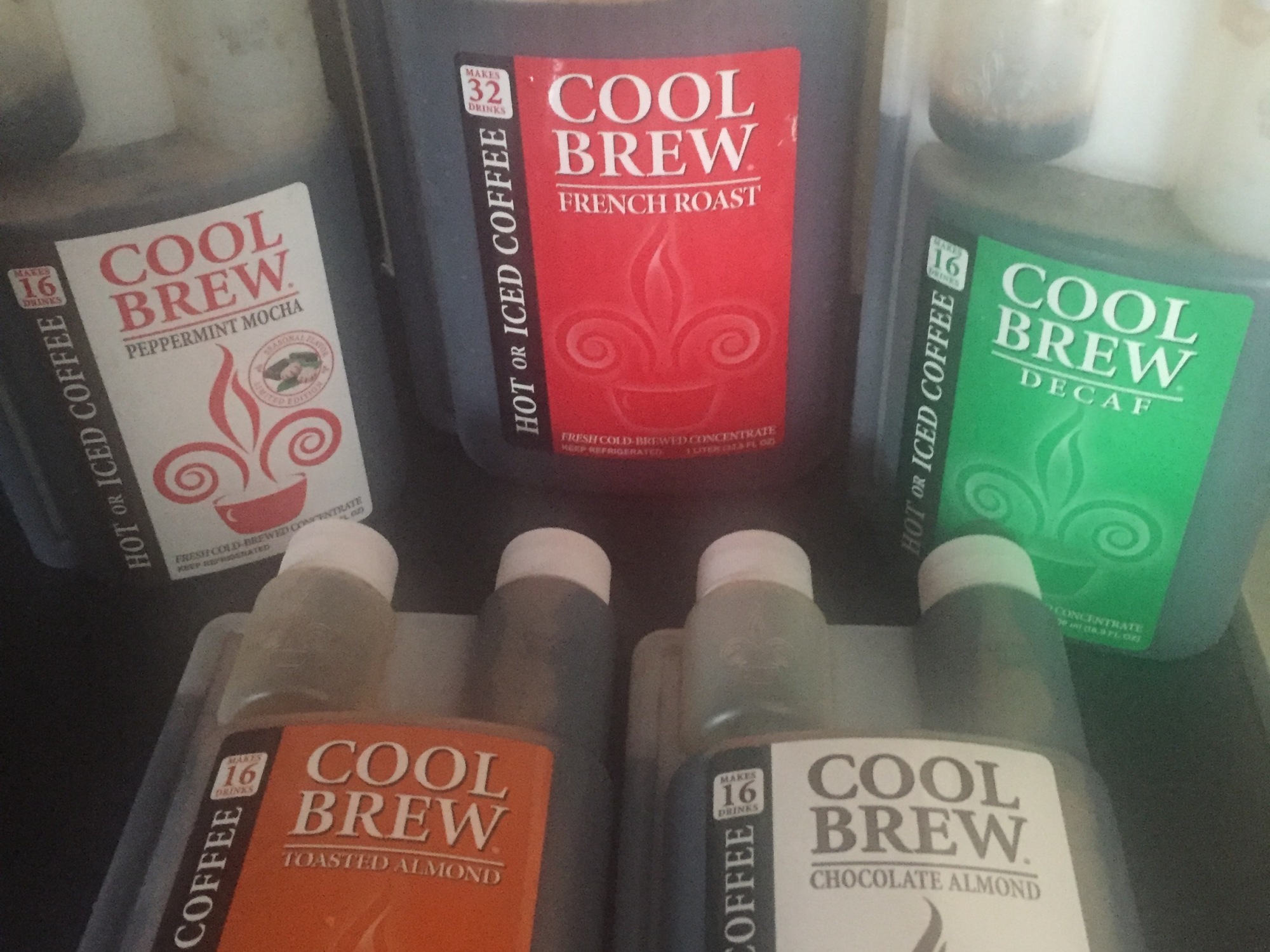 If you know me…you know that I love me some cold brew concentrate (ex.Gradys) ! I LOVE Gradys but what it lacks is the added flavor aspect since Gradys only comes in 1 flavor. Cool Brew on the other hand is a company that produces cold brew coffee concentrate in a MASSIVE amounts of flavors from french roast to peppermint mocha (YUM). Cool Brew is the New Orleans style coffee that we all know and love with a burst of fabulous flavor that is the perfect addition to your morning routine, and even better this coffee can be prepared cold or hot as the season is transitioning over to a cooler one. Cool Brew has a long history and it is best explained on their website

CoolBrew is the original cold-brewed, natural, fresh coffee concentrate created in 1989 by the late pharmacist and renaissance man, Phillip McCrory. Phil’s quest for a better tasting and less acidic coffee led him to the re-discovery of the cold-dripped process long familiar in the city of New Orleans.

As the first coffee capital of the United States, New Orleans’ rich coffee heritage proved to be an ideal backdrop for Phil to mine a wealth of information in order to repurpose the 150 year old cold filtration process and reproduce it on a much larger scale. This included converting stainless steel barrels into coffee extractors.

With the process nailed down to produce smoother and flavorful cups of coffee, Phil sought out a bottle that would enable people at home to easily measure and pour a single serving of coffee. With the discovery of CoolBrew’s now brand-identifying twin neck bottle, New Orleans Coffee Company launched with Dorignac’s as its first retail partner and a solar-powered office. A few years later, CoolBrew debuted at the New Orleans Jazz & Heritage Festival.  CoolBrew celebrated 20 years at The Fest in 2013.

With increasing demand, the company relocated to a 30,000 square foot manufacturing facility capable of handling its current and future growth. Located in Mid-city New Orleans, other than a brief hiatus in 2005 following Hurricane Katrina, CoolBrew has been made continuously in the heart of New Orleans since 2000. In 2002 Phil was awarded the prestigious and coveted “Overall Innovator of the Year” award from New Orleans CityBusiness.

New Orleans Coffee Company has proudly partnered with EcoUrban a sustainable landscaping and soil company. CoolBrew’s coffee grounds are provided at no cost to EcoUrban who transforms them into a premium composted garden soil for commercial and residential use. Together the companies are working to build a more sustainable New Orleans one cup of coffee and yard at a time!

Today, CoolBrew remains a family owned and operated business run by Phil’s two sons Greg McCrory and Jeff McCrory whose goal is to carry on their father’s legacy of making fresh, cold-brewed coffee available for local purchase to all CoolBrew fans across the country.

“When I first started selling CoolBrew no one knew what a fresh coffee concentrate was so its exciting to see others trying to make a New Orleans-style concentrate now,” said Jeff McCrory. “It makes us happy to see our father’s dream creating so much interest…and of course the year over year sales increases don’t hurt either,” commented Greg McCrory.

While I have absolutely fallen in love with this brand of NOLA coffee, you will never know how absolutely delicious and flavorful their coffee is until you try it out yourself (AND YOU SHOULD) ! You can purchase Cool Brew on their website as well as a variety of stores (check their website), but if you are unable to find somewhere local carrying Cool Brew there is a request form on the website to print out and bring to the local store that you wish to have Cool Brew carried at. So get the word out there, print up some request forms, place an order on their website, and drink away!

Keep On Keeping On